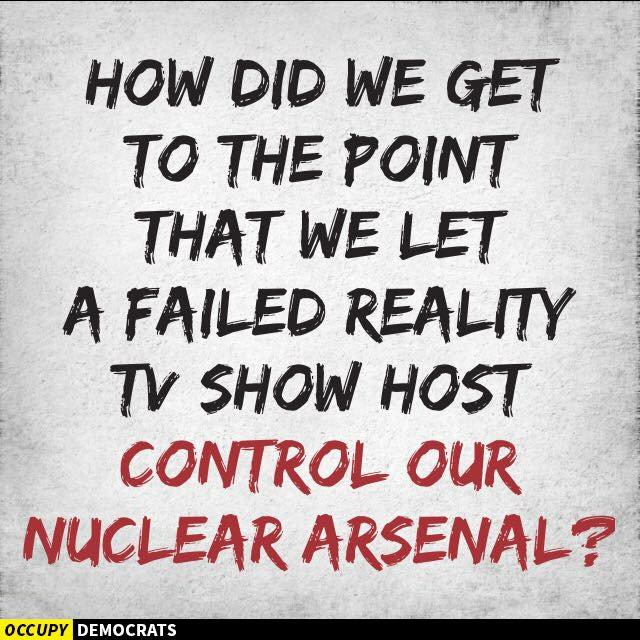 The sad truth is all of us know the answer. And it’s a sobering reflection on how we have failed as a nation. Now, we will have to live, and possibly die, with the consequences.

The sooner this Liar-in-Chief can be legally removed from office the sooner sanity will return to or nation. And with his ratings at an all-time low and still dropping, hopefully it will be sooner rather than later.

Robert Mueller’s team of special investigators is closing in. It’s only a matter of time before the truth of the Big Cheeto’s collusion with Russia and the depth of his corruption will come to light and he can be seen as the traitor he is,