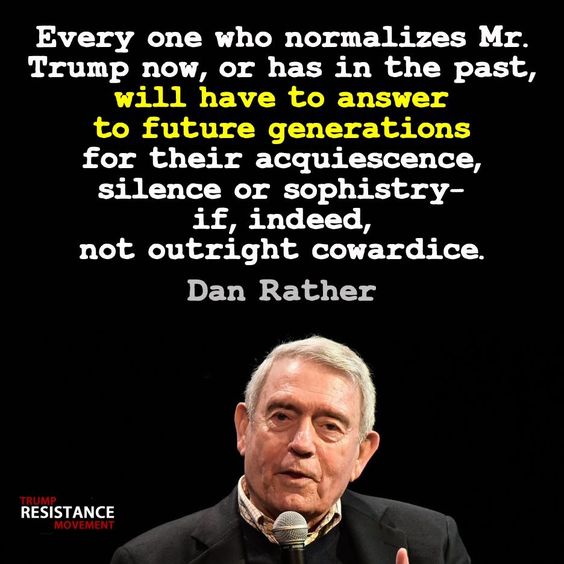 Donald Trump’s actions, and the attitudes behind them, are not normal for a leader of the free world. We all know that.

To remain silent in the face of such blatant lying, constant bullying, and morally disgusting racism is the same class of cowardice that allowed Adolf Hitler to come into power. The issue is not about party politics. It is far larger and far more consequential.

As Mr. Rather states, history will judge us. The test is not difficult, but it requires us to act now. I have already answered. I will not be silent and I will not be complicit. I will resist. What about you?