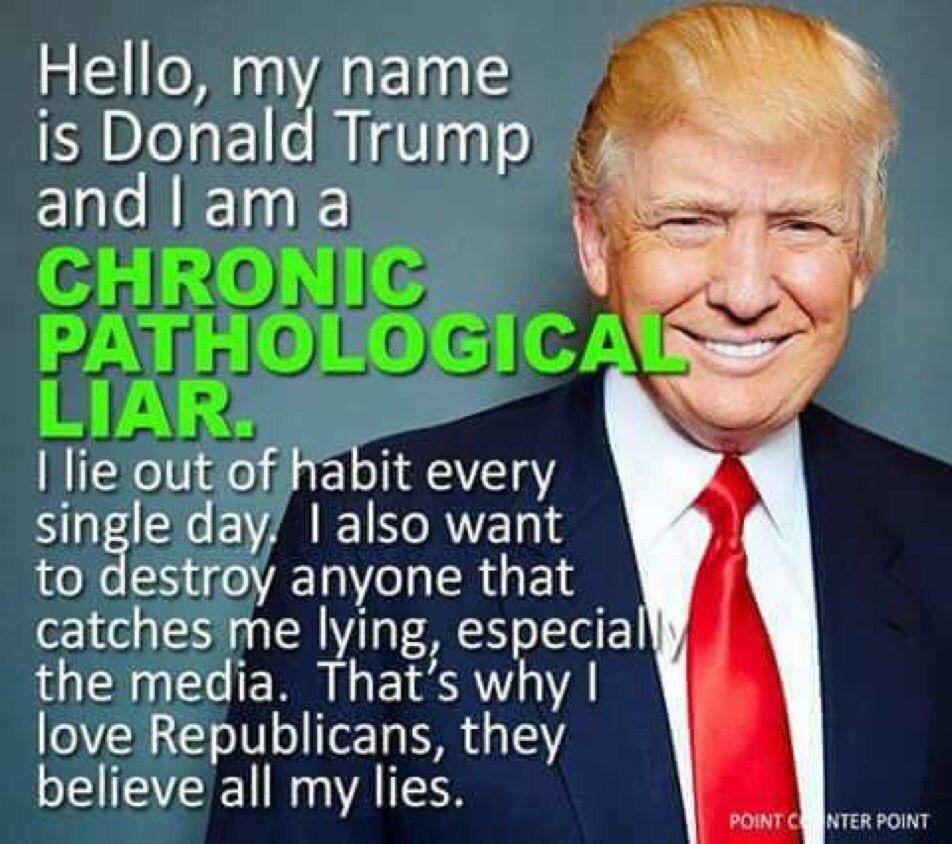 No President in our history has lied as much, as often, as badly as this man. Now he is openly endorsing another sexual predator for the US Senate. There is  seemingly no limits to his shame, and no end to the harm he is willing to do to get his way. His impeachment cannot come too soon.