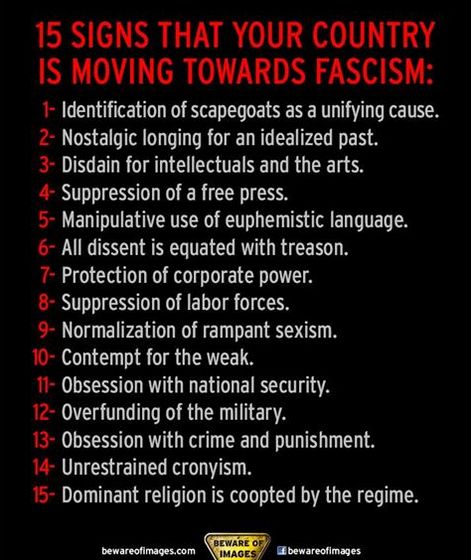 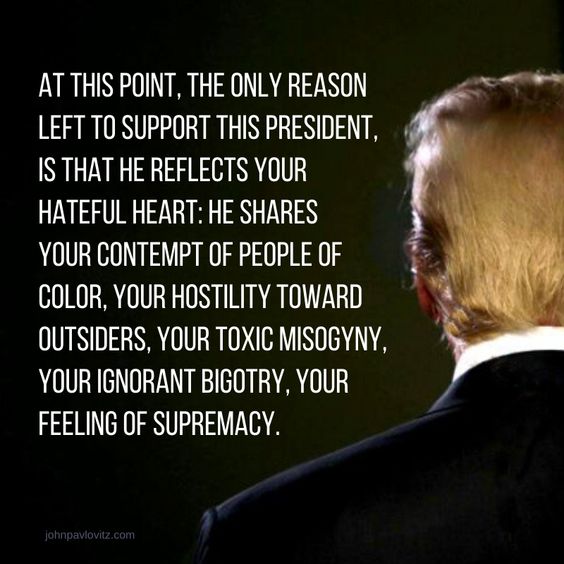 Yesterday, when the House of Representatives voted to officially begin impeachment hearings on Trump, not a single Republican Congressperson voted in favor of the the hearings.

That speaks volumes as to their lack of values and to the greed, and to the fear that motivates them. None of us should forget they are all complicit in the crimes they are defending. At this point, they share the stench of the lying pig they are trying to protect.

When the United States House of Representatives passed the resolution to condemn our lying pig of a president’s racist statements only four Republicans refused to support Trump’s actions. It is clear that the majority, the vast majority, of Congressional Republicans have no honor, no shame, and no sense of responsibility for upholding the values of our country.

Those that continue defending the whore-mongering scumbag in the oval office are demonstrating their own racist leanings as well as their crass disregard for their office. Defending a traitor makes one complicit in treason. Congressional Republicans obviously do not care. 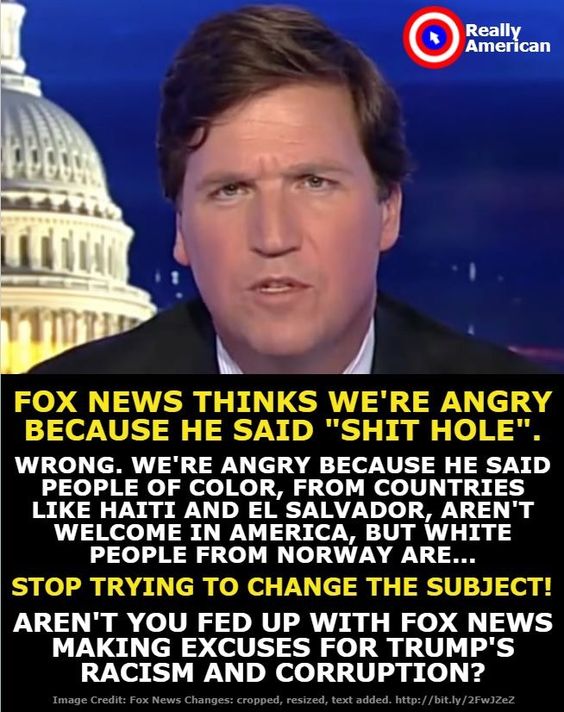