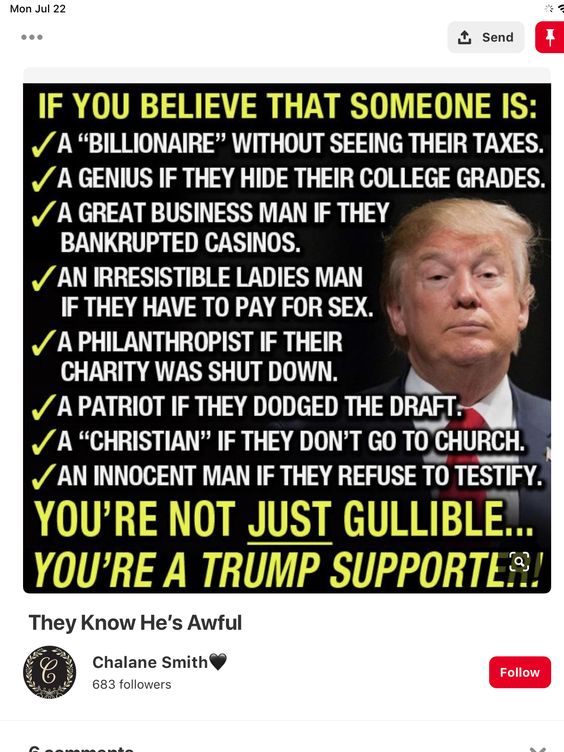 The above post is worth thinking about. The racist pig who is now formally under impeachment investigation claims so much…but ALWAYS refuses to verify any of his grandiose claims. He is a pathological liar but the sad part is that he has completely bamboozled so many into believing him.

As we remember those who made the ultimate sacrifice for this country, let’s never forget that this cowardly, draft dodger is a lying pig that consistently sides with dictators and our enemies to denigrate those that have honorably served.

The lying pig that currently holds the highest office in the land has no class and is unfit to appear in polite society, much less to lead our nation. His continued attacks on a true American hero is shameful. This piece of garbage is disgusting as a human, much less a leader of our nation. He is a pathetic little man  who cannot stand the thought of being in the perpetual shadow of real heroes.

Those that continue to support #BLOTUS are either willfully ignorant of reality or hold the same racist, bigoted and completely immoral values as he does.  What about this man’s character or actions would any decent person want to emulate?

Trump is a certified draft dodger that refuse to serve his country, comparing STDs to the danger of military combat. He ranks almost as low as Jane Fonda in my book. The only difference is that Jane has far bigger cajones. 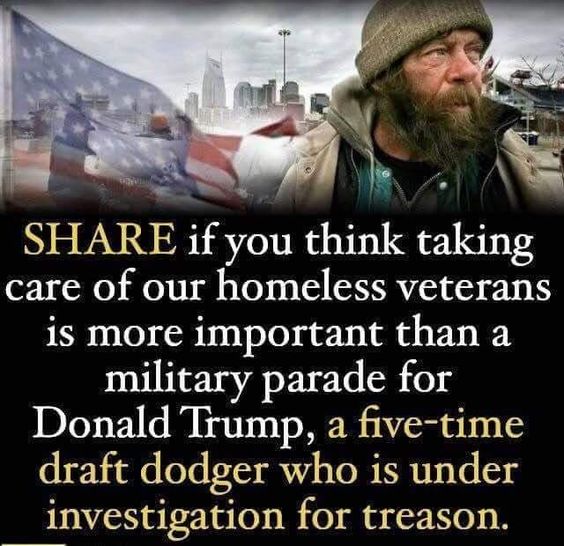 The only military parade our lying, racist, traitor of a president should get is in Moscow from the country he serves. Military parades should be reserved for American heroes who can never be given enough respect. Five-time draft dodgers deserve nothing but shame and disgust.