Normally, I do not think too highly of resolutions and statements issued by boards and other legislative bodies. Words are cheap. I am much more impressed with action.  However,I applaud this statement by the World Methodist Council.

I have been in South Africa numerous times and have seen firsthand the violence brought about by irrational xenophobia. I also know and am proud to call Ivan Abrahams, and my friend. I have seen him struggle with this issue when he was Bishop of the Methodist Church of South Africa. He has a true heart for the oppressed, the refugee and the stranger in our midst. He is a man of faith and action.

I have also visited with refugees camped in Methodist Church sanctuaries in the heart of Johannesburg. I have heard their stories and felt their fear.

I have seen the anger and rage directed at these refugees. It is too often incited by those with hidden agendas and those whose motives should be held up for closer inspection. It is manufactured on fear and an appeal to nationalism.

Xenophobia is the fear of the stranger. There’s nothing Christian in such a response. Perfect love casts out fear. 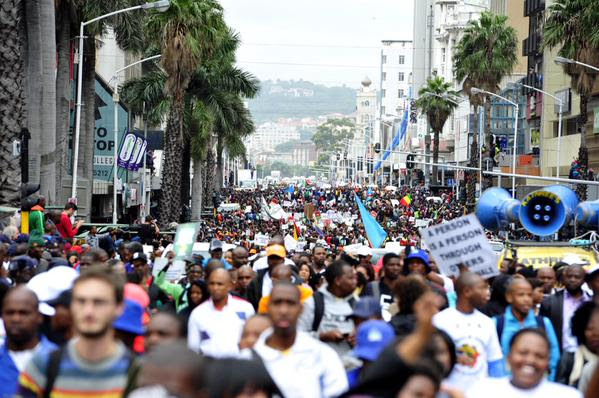 In the wake of escalating violence against foreign nationals, refugees and asylum seekers in the Republic of South Africa, World Methodist Council representatives express concern and disappointment at these clear violations of human rights. General Secretary Ivan Abrahams and the Social Justice Committee of the World Methodist Council issued this joint statement today condemning the violence and attacks:The World Methodist Council condemns these attacks which so clearly undermine human rights and dignity. We applaud the actions of Methodist family members within the Republic of South Africa who have stood up against these human rights violations.  We also welcome the recent statements of President Zuma and senior government officials. We further support the marches and events held to bring awareness to take a stance against such atrocities. We pray that they are successful in continuing to promote initiatives toward peaceful coexistence. We implore the South African government to protect the rights of all people as enshrined in its Constitution. We further call on Methodists and Wesleyans within the neighboring countries of South Africa to stand in solidarity with and aid all those affected by these attacks. We are one human race. Let us all continue to pray and speak out against the injustices throughout our world.