This is especially true when applied to the current resident of the White House. No words are necessary. Just watch his actions. 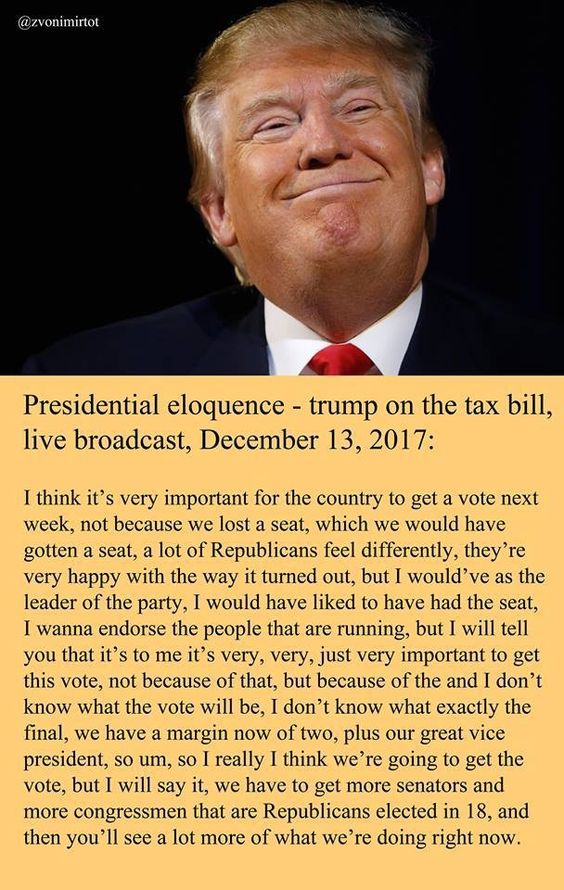 This isn’t fake news. This is the actual transcript of Trump’s live broadcast. Most third graders could do better. We all know #BLOTUS cannot tell the truth.  It is also painfully obvious he cannot speak in coherent sentences.

At least he made it through this broadcast without any derogatory, racist, or obscene remarks. That’s a win, right? Worry fixes nothing wrote Hemingway. Do you agree? I do.

Worry is nothing but another form of fear. And although a little fear isn’t necessarily a bad thing, we can never let if immobilize us. “Action is eloquence,” wrote Shakespeare, and again, experience has taught me that taking action cuts through any fear or worry.

When we see something that is wrong there’s no need to worry or fret about it. Let’s just fix it. Ending hunger in our lifetime is the right thing to do and it’s possible. Let’s stop wishing no child goes to bed with an empty belly, and start doing something about it. Working together we can end hunger forever. All we have to do is to stop wishing and start doing.