I think it would be wonderful if some of the Right Wing Evangelical leaders (like Jerry Falwell, Jr. and Franklin Graham) would explain this passage to our racist, whore mongering liar-in-chief…

Wait. I guess someone would have to show the passage to them first. They must have also never seen it…but, surely it is in their Bibles…

I find it frightening that there are far too many who see Trump as a savior. Since the Liar-in-Chief demonstrates his blatant opposition to Christ with every vindictive breath, every statement and every action, this is beyond sad. Dangerous is the word that comes to mind.

Evangelicals like Jerry Falwell, Jr. and Franklin Graham support this lying, greedy, racist, adulterer with the full knowledge of who and what he is. They don’t care. White, Right-wing Evangelicals adore him because #BLOTUS has “blessed” their own bigotry, fear and hatred.

The bottom line is one can worship anyone or anything they desire. But…I do not think that anyone can worship Jesus as Lord and also worship the “golden pig.” The two are mutually exclusive. 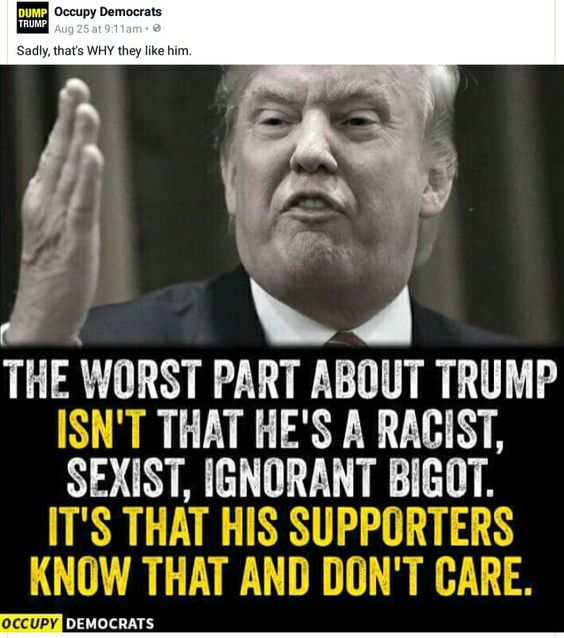 Almost every day there are new, highly-credible, and verifiable allegations about Trump’s immoral lifestyle and habits. Yet, white evangelical leaders still stand by him. Franklin Graham, Jerry Falwell, Jr., Pat Roberson and other prominent evangelicals all still support this lying, racist, sexual predator.

The unbelievable hypocrisy is more than frightening. It is a clear indication that the religious right has totally sold out to become one more political arm of the Republican agenda. I just wonder when these leaders are bringing back the temple prostitutes. You know it will be great for campaign fundraisers.

Billy Graham nailed it 35 years ago. The hard right has co-oped fundamental Christians as an arm of their political party. They have taken the fear that is there and used it to sell their brand of bigotry and racism to those who have a difficult time thinking for themselves.