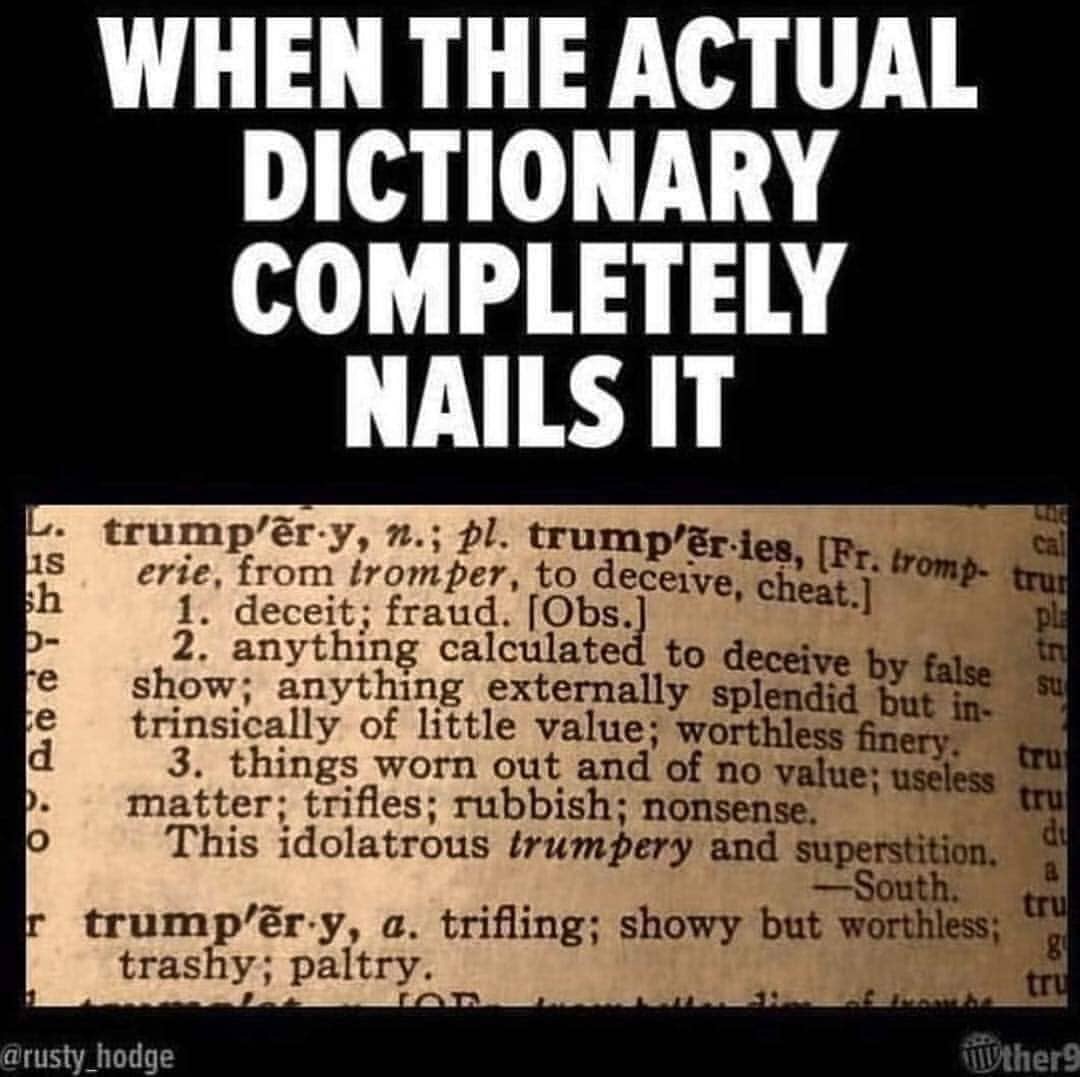 Makes more sense now. Amazing what we can find if we just open our eyes.

I do not find this remarkable. I find it remarkably sad. I am deeply ashamed of the image our country now presents to the rest of the world. The acceptance of such corruption and the glorification of such immorality is just incomprehensible to me. The blind acceptance of the sheer brutishness of this man sickens me. Any of these sound familiar?

I served 4 years (1966-1970) in the Marine Corps. While in the Marines I learned a phrase that has stuck with me. Actually, I think all veterans are familiar with it as the phrase is common in all branches of the military.

The phrase is SNAFU. It is an acronym for Situation Normal All F&%#ed Up.

This is where our nation is headed under the #BLOTUS. We are heading for a huge and historically ugly SNAFU. And I, for one, don’t want this period to be normal for the United States. I don’t want my country to be characterized by the arrogance, greed, and pathological lying of one man.

Farm subsidies for millionaire politicians is morally repugnant when the poor , hungry and homeless of our nation are accused of being the problem. When are we going to live up to the values we profess?