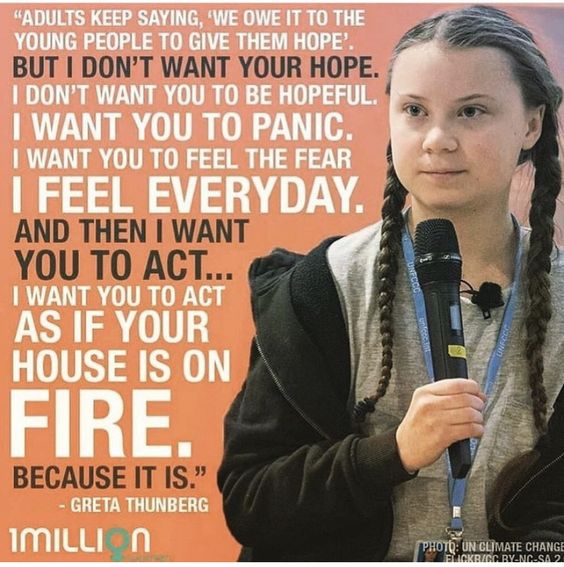 This is the face of a leader. This is someone willing to stand up and demand accountability from those in power. This is how the world is changed for the better. We all need to act as if our house is on fire. The world depends on it. 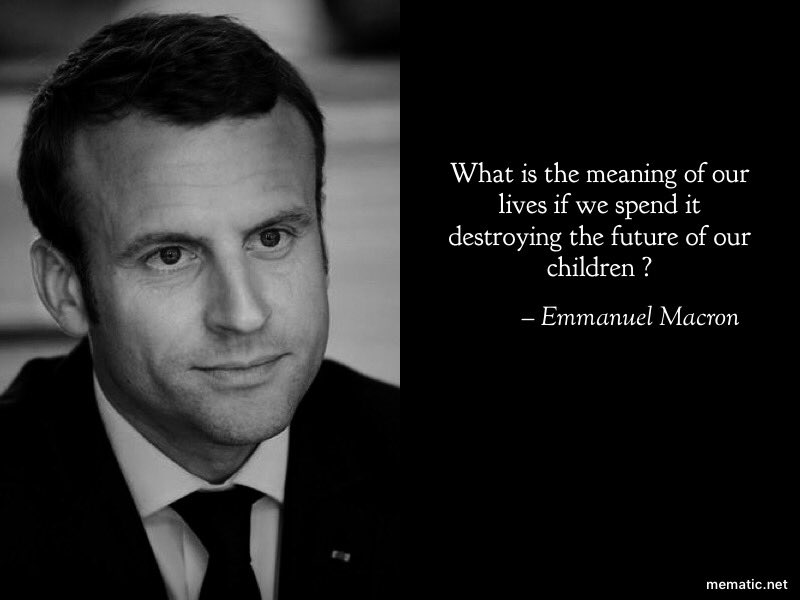 After watching the entire speech of France’s President to Congress I once again realized what a true world leader sounds like. Such a leader points the way to a better and brighter future for the entire world, sharing a vision of hope and promise.

One day I pray we will again have such leaders in our country. 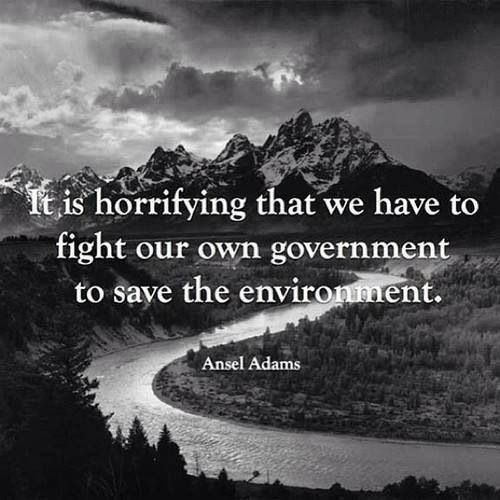 If there isn’t a special place in Hell for those who willfully destroy the natural beauty of our beautiful planet, there should be. The unmitigated greed that blinds those raping our world’s natural resources is evil incarnate. Scott Pruitt, doing his best to dismantle the EPA is but one example.

The United Nations High Commission on Refugees (UNHCR) has just announced that there are over 65,000,000 refugees that have fled their homeland. That’s the highest number in history. Over 12,000,000 of these refugees are from one country, Syria.

At issue is not only their future, but the future of the world. How this part of our human family is received, how they are treated, and how they are accepted will determine not only what will ultimately happen to them, but exactly who we are and the values we truly espouse.

I have watched families fleeing their burning homes while dodging sniper fire. I have had the privilege to visit dozens of refugee camps and camps for the internally displaced, and have seen firsthand the fear, the anguish and the heartbreak of those driven from their homes.

In the end, it boils down to opening our arms to others in need, even as we would hope arms would be opened to our families if in the same tragic circumstances. We cannot go too far wrong just hewing as closely as possible to the Golden Rule. 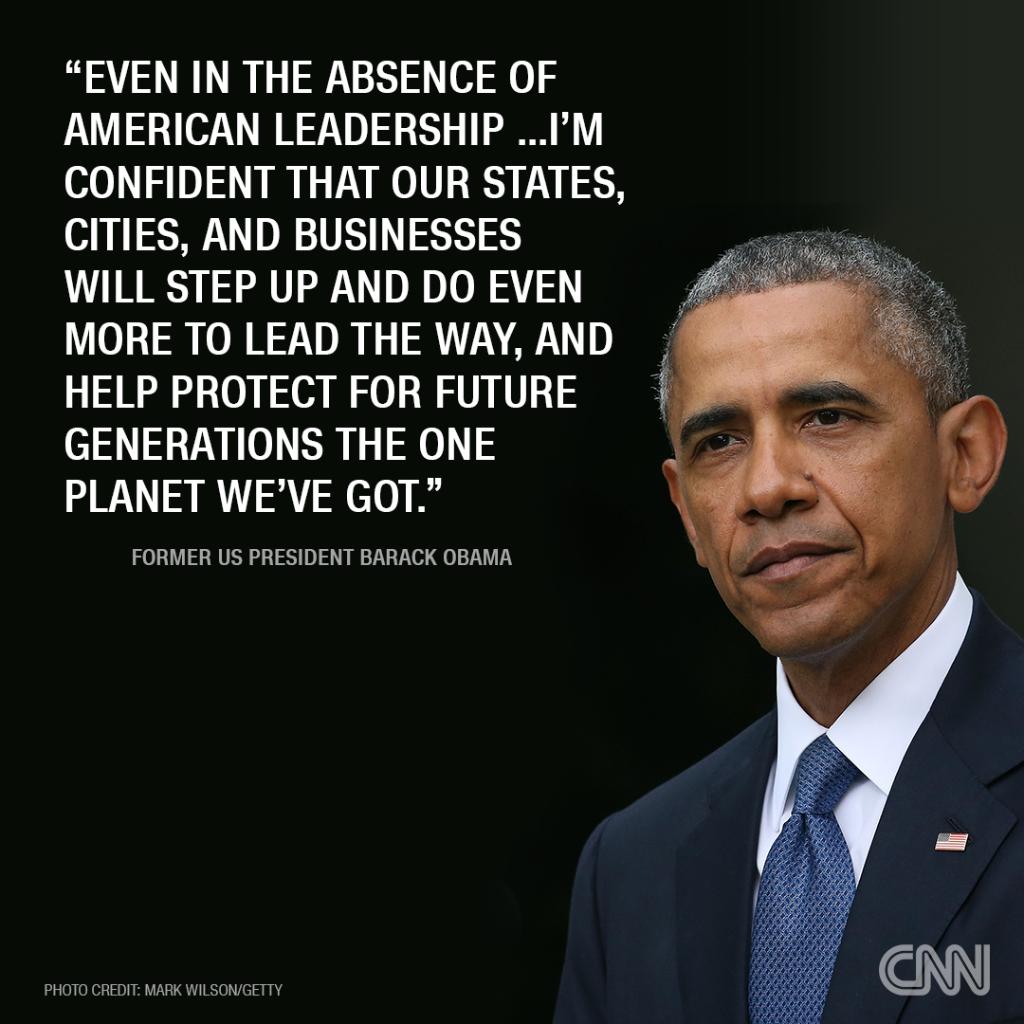 Real leaders demonstrate their vision, their plans, their commitment and their power, through action. They consistently work to empower those around them through encouragement, coaching and positive reinforcement. Real leaders are definitely not perfect, but they are always committed to making a positive difference in the world and for the world.

Then there are others, like the #BLOTUS, who just seek power to enrich themselves. Their vision extends only as far as their mirrors and their checkbooks. Fake leaders are easily recognized by their whining, their sensitivity to criticism, and their pathological inability to accept responsibility.

The good news is that there are real leaders who care and are willing to make a real difference. They are the ones who provide true hope for the future of our world.

We can ignore the fake leaders. Their is hope. All we need to do is to follow the real leaders.

“If your house is on fire, you don’t comfort yourself with the thought that houses have been catching fire for thousands of years. You don’t sit idly back and think, ‘Oh well, that is the way of nature.’ You get going, immediately. And you don’t spring into action because of an idealistic notion that houses deserve to be saved. You do it because if you don’t, you won’t have a place to live.”
~Bill Nye, Unstoppable: Harnessing Science to Change the World, 2015

We have a president that ignores and dismisses anything that is not profitable to himself in some way or another. His entire focus is power and wealth. But like most men wrapped up in themselves, he is a disgustingly small package.

At a time in history when climate change demands strong, determined action from global leaders, the #BLOTUS, thumbs his nose at science and turns his back on responsibility. He has bet the devil his fiddle of gold won’t melt in the fire. Then the little man paused, smirked, and said, ” to hell with the rest of them.” 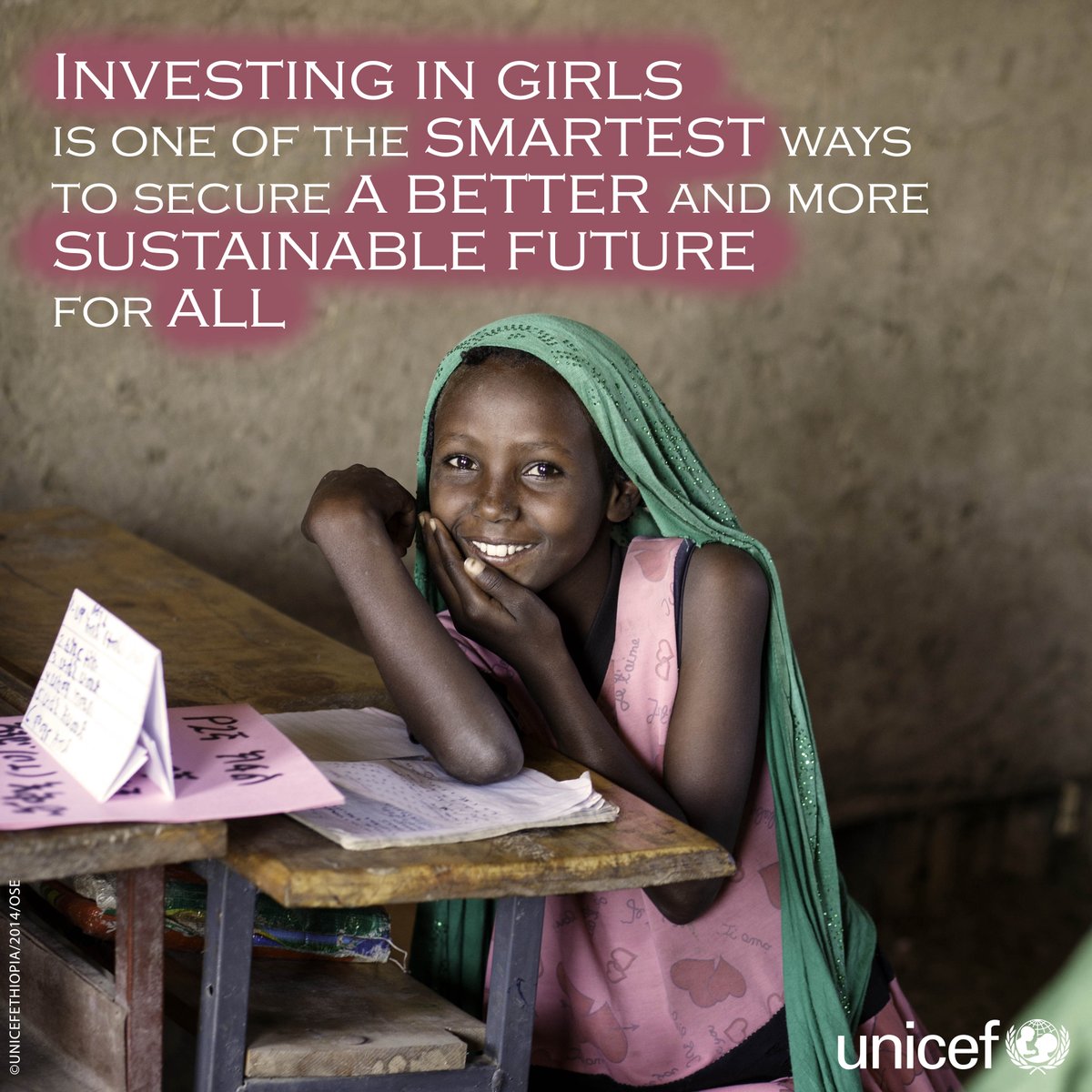