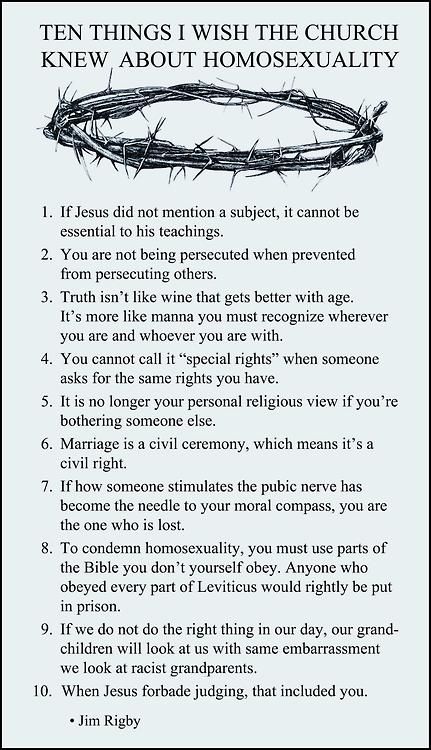 Not the Ten Commandments, for sure, but this is still a nice concise primer on a subject with which the  the church continues to struggle. Perfect love casts out fear. The church’s fear of homosexuality is a perfect illustration of this. We all need more love and less fear.

O God,
You are the Creator and Lover of all that exists. Open our eyes, open our hearts, to the beauty of all you have given us, and let us recognize that beauty in every soul we meet.
Help us to stop judging those different than ourselves, and help us to stop being afraid to reach out in the love and compassion of your Son to meet the needs of those around us who are broken and struggling.
Grant us the wisdom to realize we are all one family, and  grant us the courage to live faithfully in the midst of a hungry and hurting world.      Amen