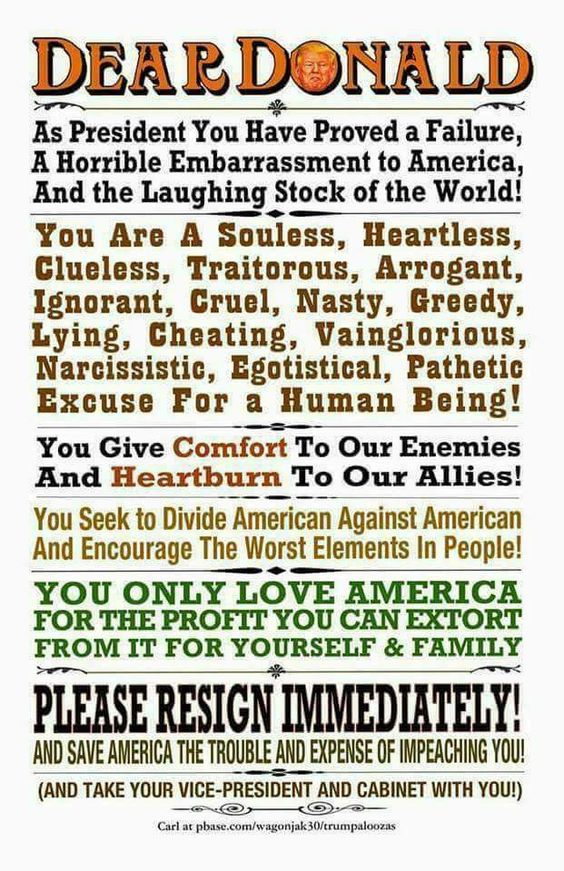 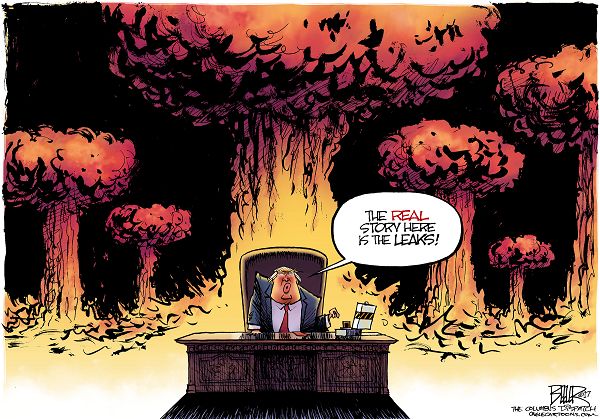 I can not remember any presidency in my seventy years that has been so dysfunctional, and such a total embarrassment to our country. What other of our nation’s leaders has been so unable to tell the truth? bragged about being able get away with murder? laughed about being a sexual predator? completed ignored the Constitution? wasted so much on vacations so fast? continually attacked the press? could not stop whining?

The real story isn’t the leaks. The real story is that the #BLOTUS is a one-man rolling crisis.  He is frighteningly dangerous to the health, well being, and future of our nation. He is causing great concern, even alarm among our allies and has made the United States a laughingstock around the world.

And the backstory is even worse. His appeal to the lowest common denominator points out the serious, even fatal flaws in our society. Those supporting him are so wedded to his bigotry and clearly racist agenda that they are willing to ignore the truth.

The real story is that this president is a total disaster.

I served 4 years (1966-1970) in the Marine Corps. While in the Marines I learned a phrase that has stuck with me. Actually, I think all veterans are familiar with it as the phrase is common in all branches of the military.

The phrase is SNAFU. It is an acronym for Situation Normal All F&%#ed Up.

This is where our nation is headed under the #BLOTUS. We are heading for a huge and historically ugly SNAFU. And I, for one, don’t want this period to be normal for the United States. I don’t want my country to be characterized by the arrogance, greed, and pathological lying of one man.