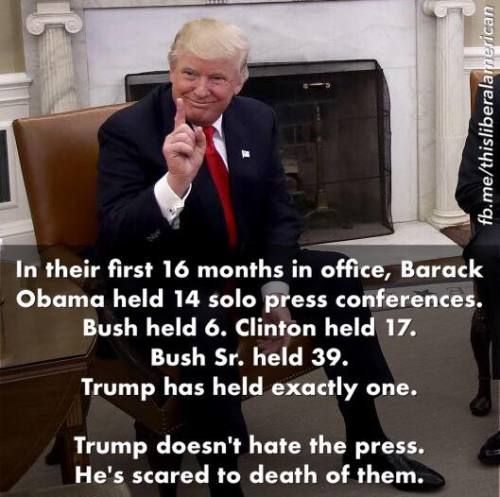 The real reason Trump yells “fake news” and constantly denigrates the press is that the press refuses to allow his lies, his racism, his ignorance and his sexual misconduct to be ignored. The press continues to show the real Trump to the world.

Trump flees from the press like a roach flees from the light, and for the exact same reason. Once decent folks see the ugly reality that is Trump they want to spray insecticide to rid their surroundings of such a loathsome creature.