I was once a member of the NRA. Then I found out that the organization had a far bigger agenda than I had ever imagined. The NRA and Russia joined forces. Together, they poured more than $30 million to get Trump elected.

Let that sink in for a moment. It should be no surprise that the lying pig will not go against the NRA or his Kremlin masters. Moscow owns Trump. And they used the NRA to help with the purchase. 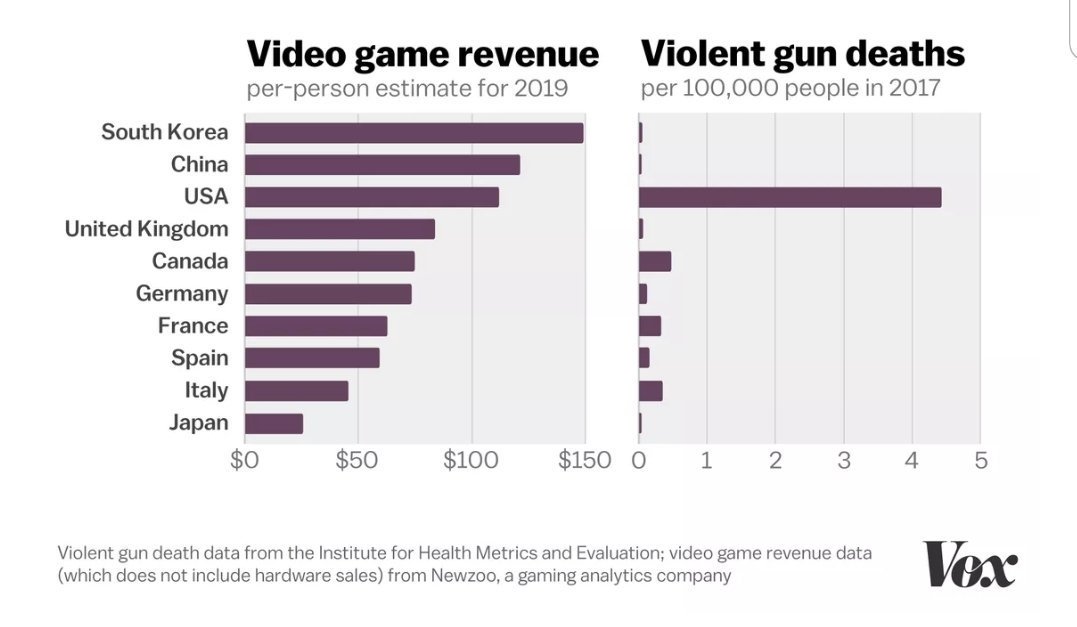 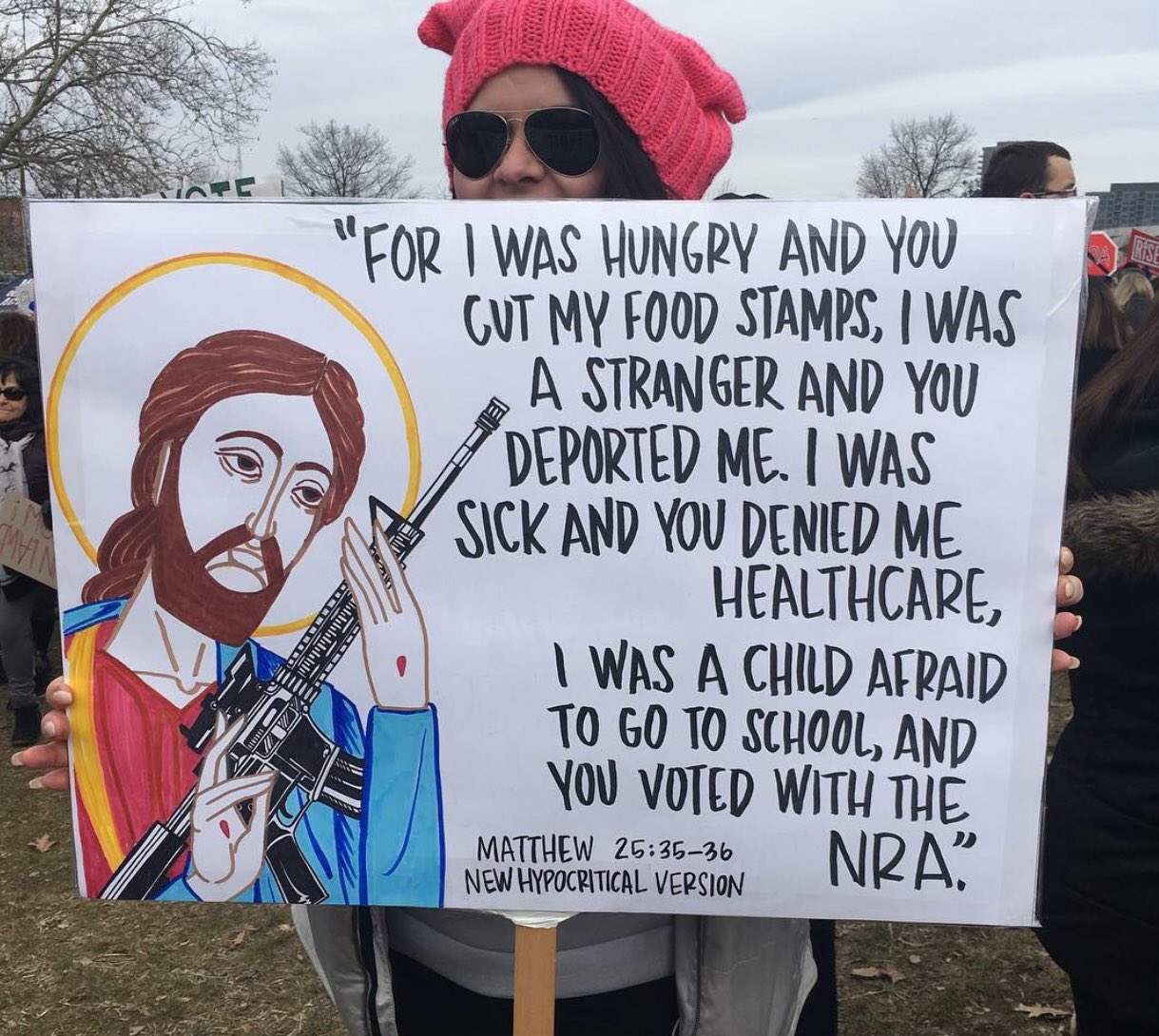 Here is a person of faith that gets it. If only all white evangelicals could understand who they have strayed from the teachings of Jesus… 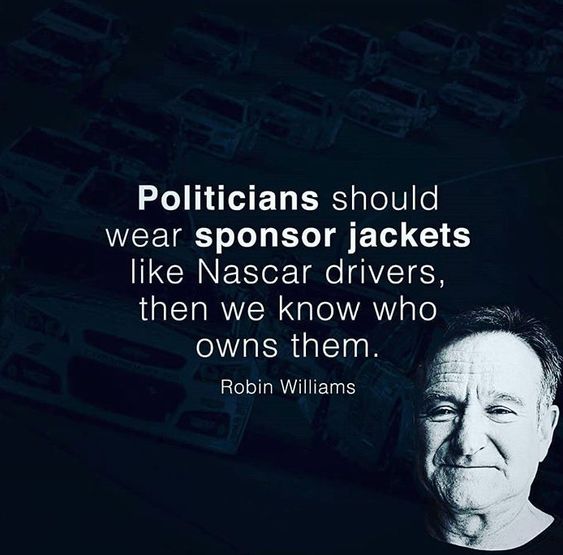 This seems especially true in the case of NRA campaign contributions. Why would any politician vote against a huge donor? Gun control is a dead issue until Congress begins to be held accountable for their inaction and silence.

Eighteen school shootings in the first sixteen weeks of 2018. We just keep setting records, don’t we?

When is enough enough? How many victims of gun violence do we have to tally before we realize that this unbridled carnage cannot continue?

How long before we realize that the NRA lobby is paying untold millions to our Representatives and Senators to keep them safe and allow them to prosper?

The body count of the innocent doesn’t matter. What matters is the bottom line for the NRA and the complicity of Congress. 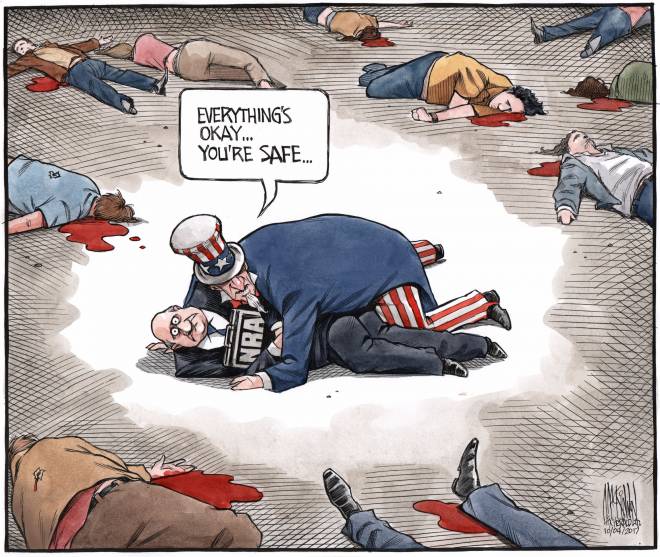 This wonderfully graphic cartoon illustrate the reality of the relationship between the NRA & gun lobby with our Congress. Just in case you’re confused, the John is on the bottom. The one getting paid, the pro, is on top.