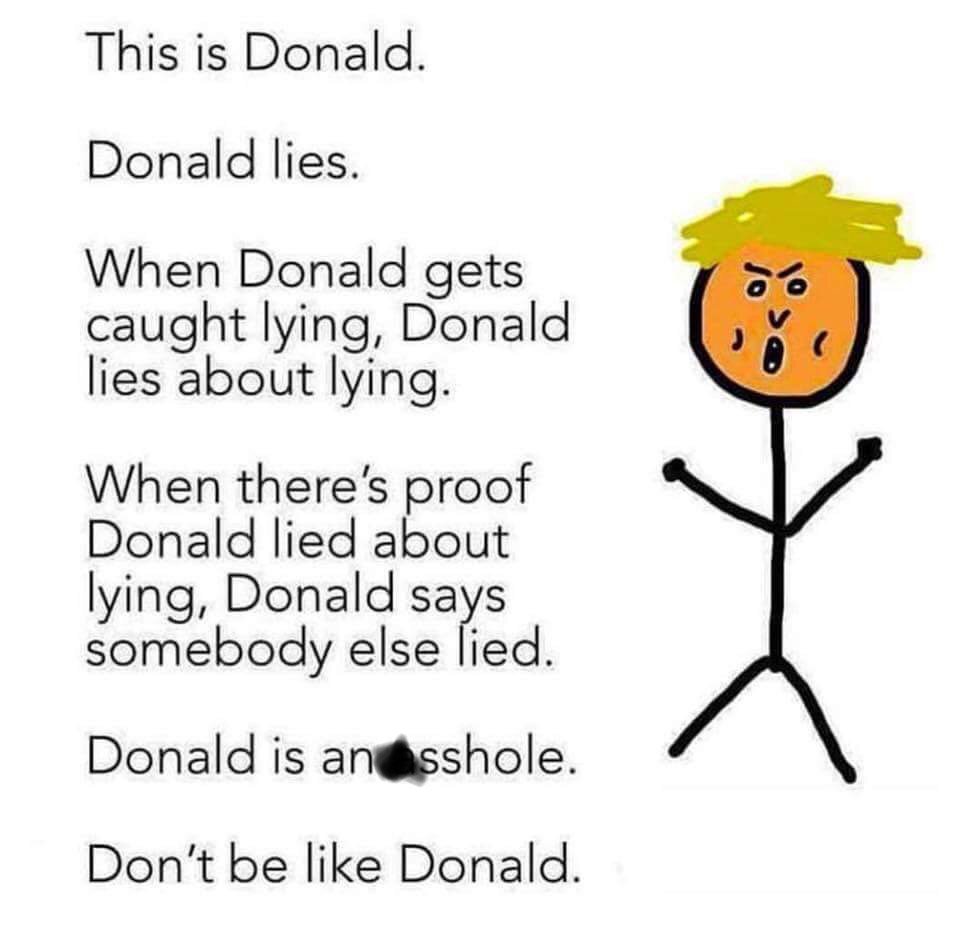 Never forget…The only difference between donald trump and a flying pig is the letter “F.”

None are so blind as those who refuse to see…that this is the role model of the lying pig now wallowing in the offal office. 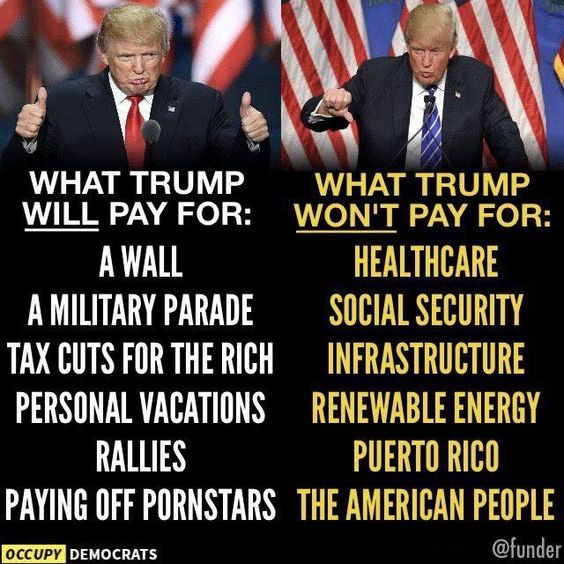 Does anyone else besides me see a pattern here? It’s the exact same pattern I have observed in dozens of third world dictatorships. What we now have in the Offal Office is a rampaging ego with tiny hands, fake hair, and a large mouth. 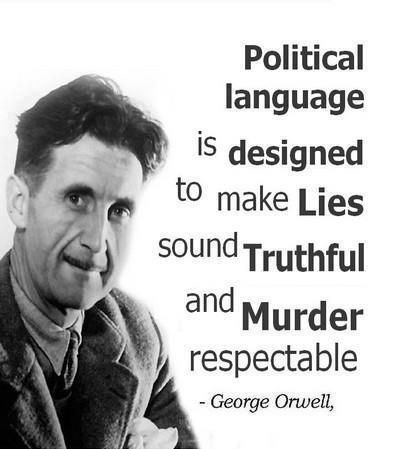 Well worth remembering with the #BLOTUS, biggest presidential liar in our country’s history, squatting in the Offal Office. You know our Liar-in-Chief is lying anytime you see his mouth open.

At this point it is a race. Which happens first? Is he impeached, or is the 25th Amendment invoked? Anyone care to place bets? 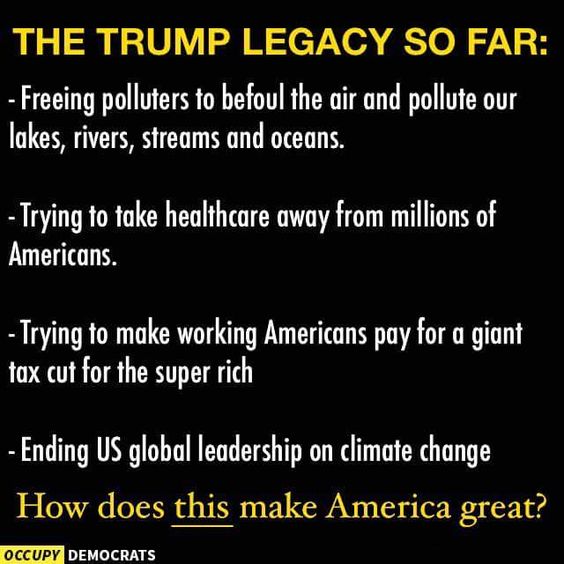 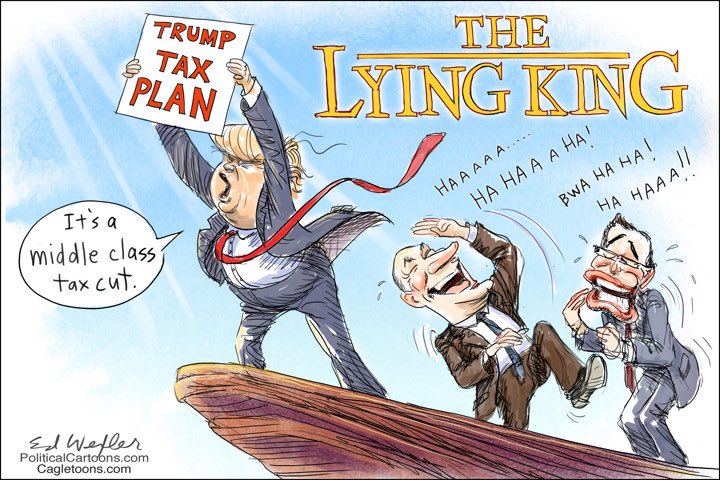 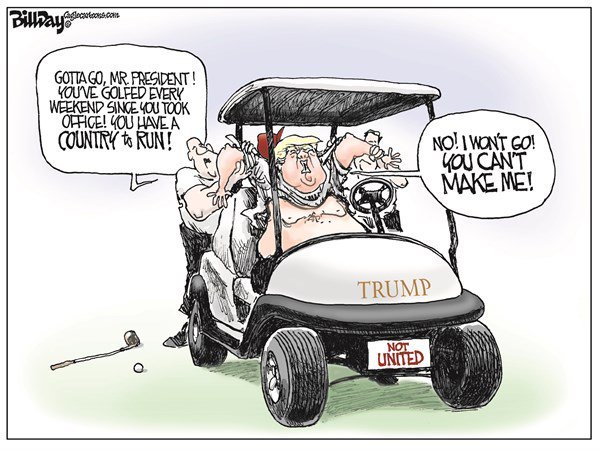 Even though he is now attempting to hide the amount of time he spends on the golf course, the BLOTUS has now racked up 75 days on the links since he took the oath of office. It is no wonder why our country is going to hell in a golf cart. Between tweeting and golf our racist, ego-maniacal occupant of the offal office has not time or energy left for anything but preening. If you doubt it, ask a friend in Puerto Rico. 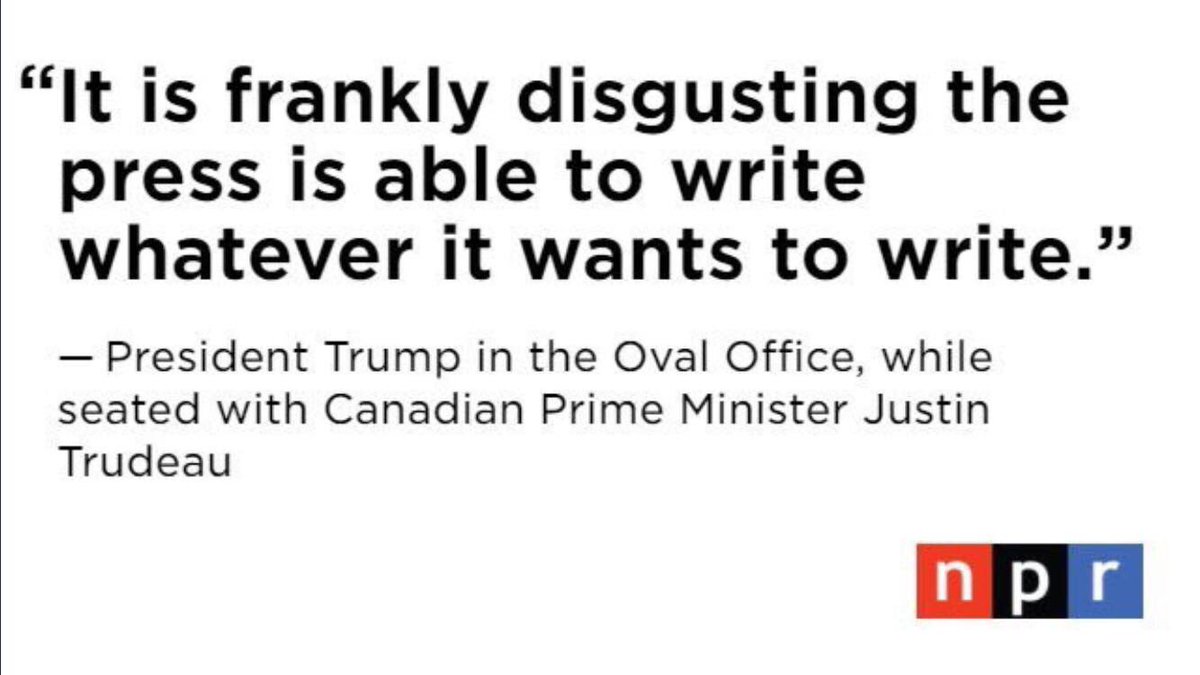 What is actually frankly disgusting is that the United States has a leader so ignorant of history, and so morally bankrupt that he cannot comprehend that a free press is one of the bulwarks of a democratic society. We need more investigative reporting, not less.

What is actually frankly disgusting is that Congress refuses to act to remove this incompetent and dangerous moron from office he holds. History will condemn their failure to act as a complete betrayal of the public trust. The press needs to hold Conress accountable.

The press needs to “double down” on their scrutiny of the #BLOTUS to ensure the entire world knows what a greedy, racist dotard he truly is. As long as the #BLOTUS is in the White House, we need to rename his space. It’s no longer the Oval Office. It has officially become the Offal Office.