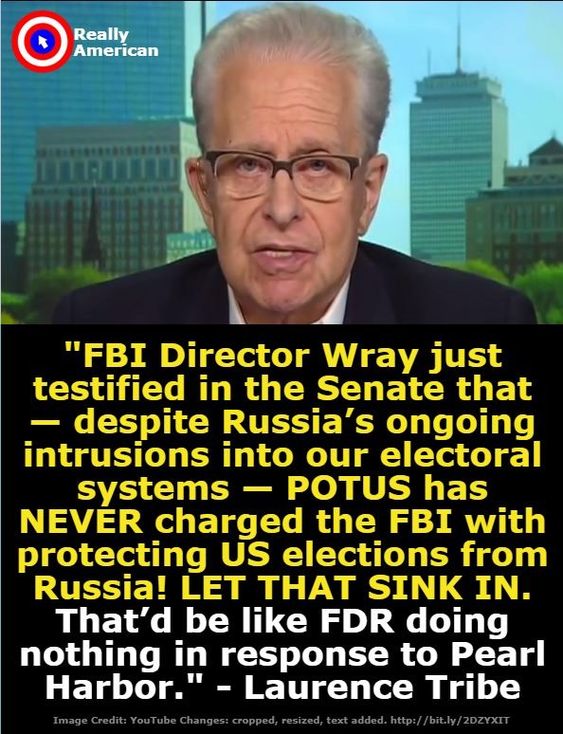 The ongoing Russia attacks on our democracy is a clear and present danger. In response, heavy sanctions were overwhelmingly passed by Congress. Trump has refused to implement the sanctions. WHY?

The refusal of the president to protect our country against known attacks on our nation is a clear dereliction of duty. He has continually attacked all our intelligence, law and justice agencies, yet will not say even one critical word concerning Russia.

He is serving Russia’s interest far more that the interest and safety of the country he was elected to protect. When is his obviously dangerous preferential behavior going to be checked?

When is this lying, racist Russian lackey going to be condemned as the traitor he is? When is he going to finally going to be impeached?