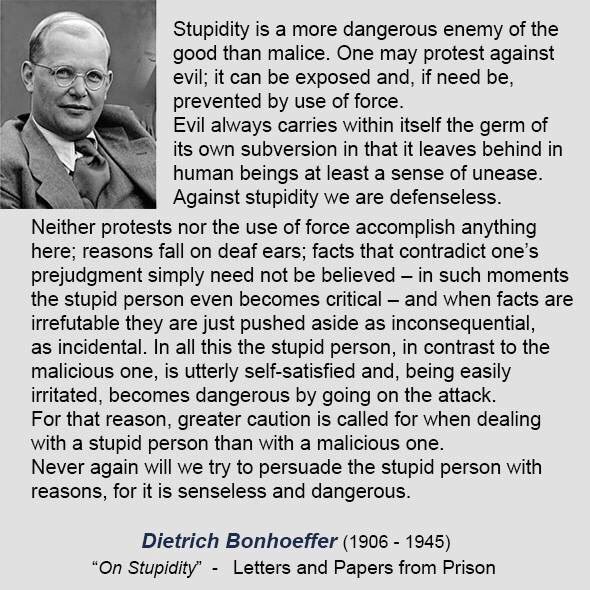 Written from a prison cell while awaiting his execution, this short treatise, “On Stupidity,” rings far too clearly despite the passing years. For those with ears to hear, we need to recognize that the political climate within our country is being manipulate by those that appeal to the basest emotions and fears of the least educated among us.

Yes, we are living in a dangerous time. Yes, decisions are being made daily that seem senseless on the surface and even evil when more closely examined. But arguing with most of those supporting the present agenda isn’t the answer.

As Bonhoeffer concludes, trying to persuade the stupid person with reason and fact is both “senseless and dangerous.”