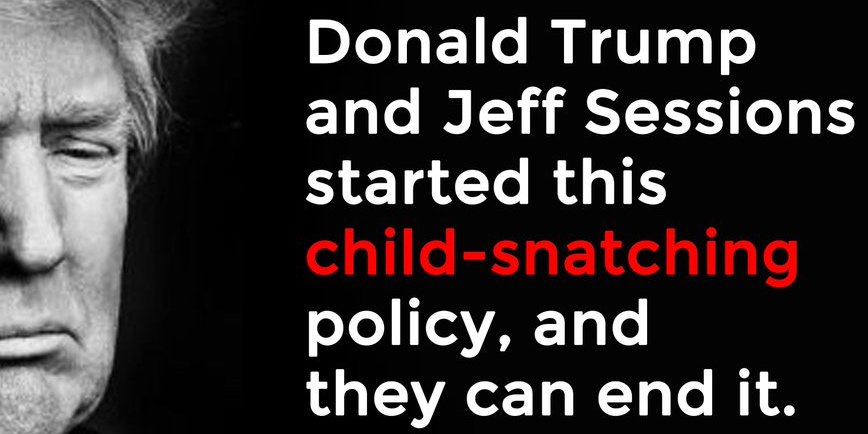 Trump thinks separating children from their parents makes a good campaign strategy.  Modeling the shock and awe campaign after his hero and role model in Nazi Germany, he thinks it is red meat to his slavering base.

When is enough enough? This lying, racist predator and all the toadies stupid enough to support him need to be removed from office and tried for crimes against humanity. I want my country back.