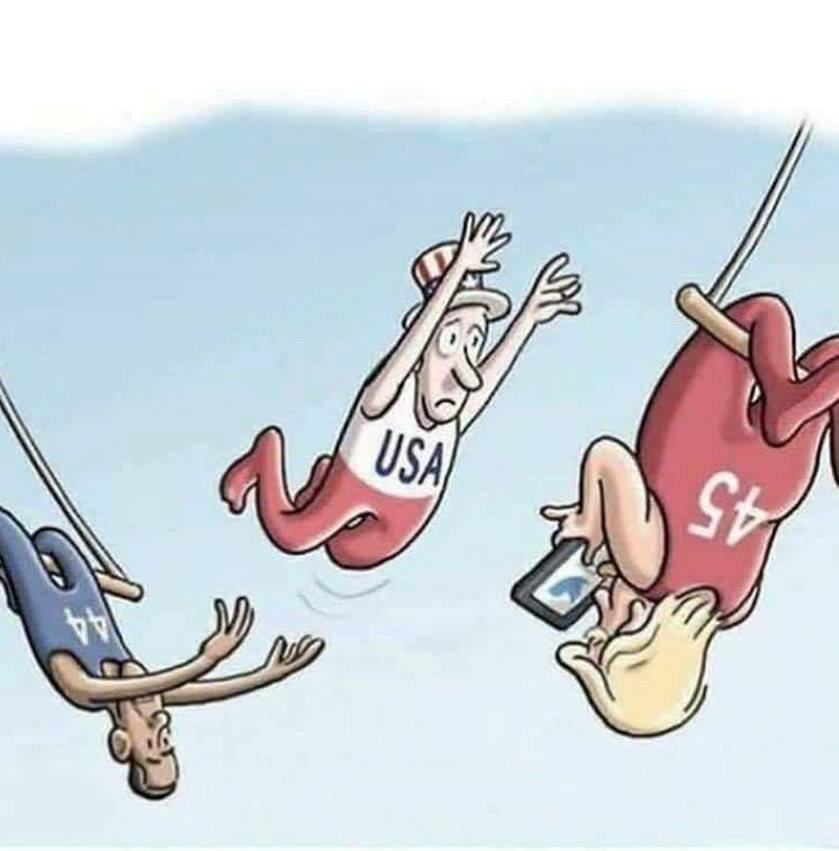 Our entire nation needs to be looking for a safety net. The blonde tweeter-in-chief is not interested in doing his job.

In the days since the passing of the Farm Bill I have struggled to understand the motivation of leaders who display such a seemingly callous disregard for those among us who are most in need. The Republican Party’s relentless attack on the poor of our nation demonstrates an almost unbelievable lack of compassion, while also totally ignoring the need for justice for the powerless among us.

I have reprinted the following NY TIMES article of Paul Krugman without editing as it captures my own dismay at the lack of decency so blatantly obvious in Washington. Is this kind of leadership reflective of the true values of our nation? If so, may God have mercy on us all.

Hunger Games, U.S.A., by Paul Krugman, Commentary, NY Times: Something terrible has happened to the soul of the Republican Party. We’ve gone beyond bad economic doctrine. We’ve even gone beyond selfishness and special interests. At this point we’re talking about a state of mind that takes positive glee in inflicting further suffering on the already miserable.

The occasion for these observations is  … the monstrous farm bill the House passed last week. For decades, farm bills have had two major pieces. One piece offers subsidies to farmers; the other offers nutritional aid to Americans in distress, mainly in the form of food stamps…

Long ago, when subsidies helped many poor farmers, you could defend the whole package as a form of support for those in need. Over the years, however,… farm subsidies became a fraud-ridden program that mainly benefits corporations and wealthy individuals. Meanwhile food stamps became a crucial part of the social safety net.

So House Republicans voted to maintain farm subsidies — at a higher level than either the Senate or the White House proposed — while completely eliminating food stamps from the bill. …

Given this awesome double standard — I don’t think the word “hypocrisy” does it justice — it seems almost anti-climactic to talk about … the theory, common on the right, that … we have so much unemployment thanks to government programs that, in effect, pay people not to work? (Soup kitchens caused the Great Depression!) The basic answer is, you have to be kidding. Do you really believe that Americans are living lives of leisure on $134 a month, the average SNAP benefit?

Still, let’s pretend to take this seriously…, what’s going on here? Is it just racism? No doubt the old racist canards — like Ronald Reagan’s image of the “strapping young buck” using food stamps to buy a T-bone steak — still have some traction. But these days almost half of food stamp recipients are non-Hispanic whites… So it’s not all about race.

What is it about, then? Somehow, one of our nation’s two great parties has become infected by an almost pathological meanspiritedness, a contempt for what CNBC’s Rick Santelli, in the famous rant that launched the Tea Party, called “losers.” If you’re an American, and you’re down on your luck, these people don’t want to help; they want to give you an extra kick. I don’t fully understand it, but it’s a terrible thing to behold.