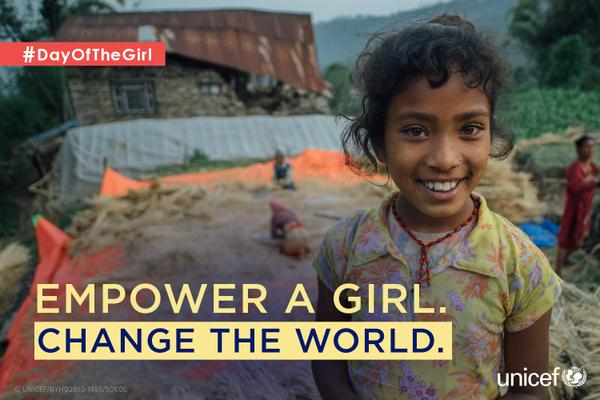 I have had the privilege of visiting dozens of schools in developing cointries where Stop Hunger Now meals are being used in school feeding programs. The teachers, principals and headmasters have all told me the same thing.

The children come to school because they know they will get a hot meal. It will be the only food for the day for over 90 percent of the kids eating the meals.

School Feeding Programs provide more than just food for hungry and malnourished kids. The meals provide hope. They provide a path out of darkness into the light. 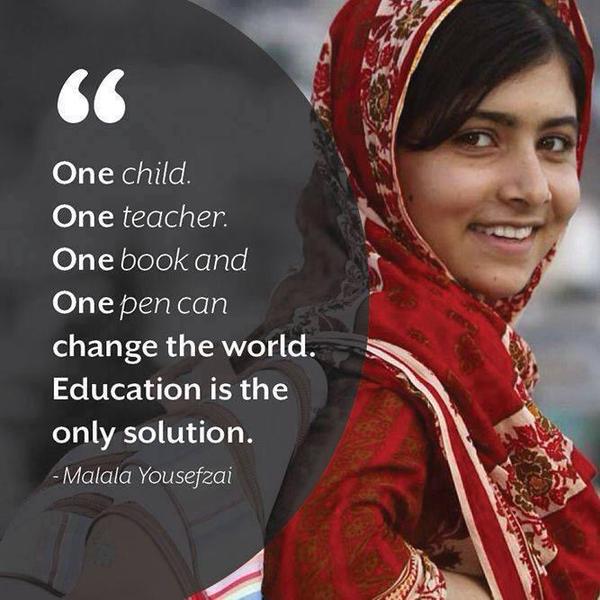 We can change the world. And school feeding programs are helping make it happen. We can end hunger by 2030. All it takes is caring enough to act. 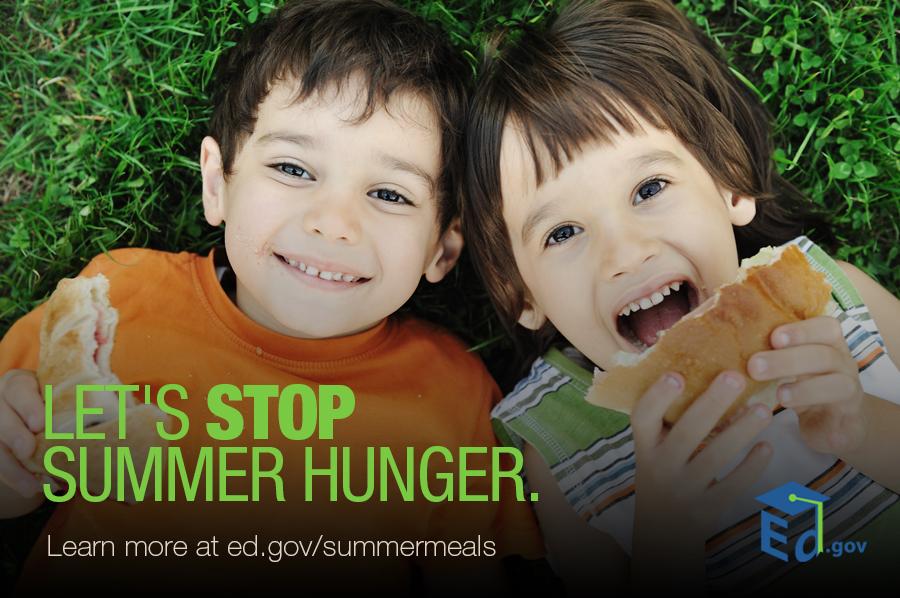 The following article comes from the Stop Hunger Now newsletter. It is a powerful testimony to the compassion and commitment of our volunteers to make a real difference in the world by ending hunger in our lifetime.

Groups of all sizes and ages can organize a meal packaging event with Stop Hunger Now to assemble meals that are used to support development programs such as school feeding programs, vocational training programs, early childhood development programs, orphanages, and medical clinics.  Working with these programs helps enhance lives by giving beneficiaries the opportunity to break the cycle of poverty through education, skills development, and health care while also receiving much-needed nutrition.

The article reprinted below is by William Lambers and first appeared in the Huffington Post. What a wonderful way to make a real difference in the lives of our hungry brothers and sisters.

At this very moment, there are civilians fleeing war in Yemen, Syria, Iraq, South Sudan, Ukraine and Central African Republic. There are more refugees now than any time since World War II.

War means food shortages. Children suffer the most in these conflicts. They feel the pain of hunger and live with the threat of malnutrition, which can stunt them for life.

Ertharin Cousin, the director of the UN World Food Programme, says we have to remember these victims of war are not just a statistic. These are human beings. While it can be easy to forget about their plight thousands of miles away, we must not.

In fact, technology has developed unique and even easy ways to help people a world away. One of them is the free app Charity Miles.

If you own a smartphone you can download the app and raise donations for the World Food Programme, the largest hunger relief organization. You do this simply by running, walking or biking. You carry the smartphone with you and the app keeps track of your distance and workout.

All you do is select World Food Progamme (WFP) from the list of 28 charities on the app. You then walk, run or bike and every mile you cover donates a meal to WFP. The donations are paid for by corporate sponsors. So it’s totally free for you.

The funding is used in the WFP school feeding programs across the world. I made a video about using Charity Miles help WFP feed school children. I actually made the video while doing a Charity Miles run!

So just by walking or running a mile you could provide a meal to a hungry child in war-torn Central African Republic. Or you will help feed a child in the Philippines or the Democratic Republic of the Congo. There are so many feeding programs that need funding support.

WFP relies entirely on voluntary donations from governments and the public. They are short on funding for many of their missions currently.

The WFP school feeding initiative helps improve class attendance and performance. It’s an effective way to help children who are missing out on food and education, two things they need to survive and thrive.

You can also do the Charity Miles and help local food banks through Feeding America. The Charity Miles app supports about 28 different charities. There is a list where you select the charity you are going to run or walk for.

I have run Charity Miles for both WFP and Feeding America. I also have done a number of miles for Stand up to Cancer. And I had been “retired” from running prior to starting Charity Miles. So I think anyone can do this. I have raised well over 1000 meals using this app.

Now if every person who had a smartphone could raise 1000 meals, think of how many children would receive food and education. It would not only provide food to hungry children, but what a statement it would make as well.

If enough people become a “food ambassador” that will raise the profile of hunger among social issues. Think what that could mean for advocacy.

For example, the Congress will be deciding food aid budgets in the coming months. If the American public makes a statement about fighting hunger through Charity Miles and other means, that will encourage Congress to do their part.

It’s worked before. The famous Marshall Plan to rebuild Europe after World War II was actually preceded by many public initiatives including the Friendship Train, which collected food for starving war victims in Europe.

So if you own a smartphone, download Charity Miles at www.charitymiles.org and you can get started right away. You can donate meals to feed hungry children just by running or walking. You can upload your workout results to Facebook or Twitter. Be a food ambassador.

A couple weeks ago I shared an article about the opening of Stop Hunger Now’s newest office in Bangalore, India. It’s now official. Bangalore joins a growing number of locations around the world where Stop Hunger Now affiliates give volunteers the opportunity to play an active role in the fight to end hunger in our lifetime.

It’s all about creating a true global movement. Every new affiliate we open engages more people who can become advocates for a world without hunger.

To celebrate the launch of the new Stop Hunger Now affiliate, 150 employee volunteers from Broadcom Corporation and SanDisk Corporation packaged 45,000 meals at Broadcom’s Bangalore Campus, with The Rotary Bangalore IT Club providing logistical and community support.

Since 2013, Stop Hunger Now has packaged and distributed over 320,000 meals to children and families in Bangalore, New Delhi and Kashmir, but the cost of the program was high without an in-country facility and director.

With a location and permanent staff in Bangalore, Stop Hunger Now India will be able to package millions of meals to benefit local feeding programs in schools, orphanages, medical clinics and vocational training programs throughout the country.

Dola Mohapatra has been hired as executive director for Stop Hunger Now India.  The meal-packaging program is expected to cover all its costs within 12 to 18 months through the per-meal donations that volunteer groups raise to package the meals.

Let us not be satisfied with just giving money. Money is not enough, money can be got, but they need your hearts to love them. So, spread your love everywhere you go; first of all in your own home. Give love to your children, to your wife or husband, to the next-door neighbor. — Mother Teresa

This past weekend I had the privilege to participate in the annual Mission Celebration at First Broad Street United Methodist Church in Kingsport, Tennessee. They’re a group of folks that would bring a smile to Mother Teresa’s face.

I had been a workshop leader at last year’s Celebration so I was excited to have the opportunity to join the congregation once again. Last year’s event was so thoroughly impressive I couldn’t imagine it could be better this year. I was wrong. This year’s Mission Celebration was even better than last year’s.

Hundred of folks interested, engaged and excited about mission opportunities spent Friday afternoon through Sunday in workshops, seminars and presentations describing all the mission work in which the First Broad Street United Methodist Church is actively involved.

I spoke several times during the weekend. The church was filled with displays of mission and ministry and there were several large rooms of fair-trade crafts from church mission partners both abroad and here in the US.

One of the highlights of this year’s celebration was the Stop Hunger meal packaging event where everyone joined together to package over 20,000 meals in only 90 minutes. Everyone was overwhelmed at the ease of accomplishing such a feat and touched at the impact their effort would make on behalf of hungry school kids in Haiti. I am sure that more meals will be packaged at next year’s Celebration.

The members of First Broad Street United Methodist Church understand that they have the power to change the world. The congregation is actively involved in dozens of missions. They are working in numerous locations in their own city of Kingsport. But they are also touching lives through their mission outreach in other areas of Tennessee, North Carolina and in the far corners of the world such as South Sudan.

First Broad Street United Methodist Church gets it. They aren’t satisfied with just writing checks. They have a heart for missions that’s as big as the world and they are spreading God’s love everywhere they go.